My brain is multiple levels and degrees of functionality entwined, weaved and interlaced into a messy, frayed and tangled organisation of nerve endings, thoughts and instructions. Currently, my favourite quote is from The Queen’s Gambit, no it is not because I am particularly able when it comes to manoeuvring chess pieces but because for once in my life, I have a way of describing the inner workings of my brain to myself and to others.

I feel like even though she is a fictional character, I relate to her so much.“Chess isn’t always competitive. Chess can also be… beautiful. It was the board I noticed first. It’s an entire world of just 64 squares. I feel safe in it. I can control it. I can dominate it. And it’s predictable, so if I get hurt, I only have myself to blame”-Beth Harmon

Words can be very powerful and when I lack in ability to verbalise when a topic isn’t one which I have encyclopaedic knowledge of, I write. Writing was initially introduced to me as a way to explain emotions and to self- regulate but it has become much more than that in recent years. When I write, there are constant short video clips dancing through my mind. For example, my brain has an ability to capture small, minuscule images that can be viewed later, I can pause them, rewind, fast forward however I have lost the stop button so if you find it, please return.I take medication that slows my brain down to a level that allows me to compute what is going on long enough to think through before I react. I constantly see patterns, for me it is words and numbers. When I travel on the bus, I play games such as using a cars number plate letters to form the longest word I can think of but the letters in the word must be in the same order as on the number plate.

When my mind is clear, I can feel my brain acting as a calculator with numbers. The numbers move as though one is completing the sum on a blackboard or piece of paper. It is how I recognise that my body is fatiguing the numbers slow and slowly the dancing becomes slow until it stops. I adore excel spreadsheets as I can formulate patterns and re- calculate when a variable changes. I can still recite my times tables up to 12 x 12 in under 4 minutes and when I see a theatrical production i can dissect it. The first time I did it, it was 7 pages long and the last one I did was 13. It took until someone told me that it was amazing to realise not everyone’s brain worked that way but at the same time I didn’t know anyone else whose brain did so.

I like to use the analogy of when I was wiping a coffee mug one day, this white, one handled coffee mug was in my left hand as the pink and blue pale striped towel wiped it and all of a sudden that coffee mug, it shattered in my hands and fell to the floor. I began to cry and ran from the room slamming my bedroom door. To others it was a broken coffee cup but to me the pattern and predictability had smashed into many different shards and lie alone on the timber floor.This is what happens when I step outside my scripted and practised world full of predictability into a world where I need to allow someone else to control even a little inch of the formula. My brain becomes frightened, I make mistakes and leave my King wide open or I miscalculate a sum that I should of easily performed. I need to then retreat into the reclusiveness of familiar space and resuscitate by brain. I apologise for allowing danger and hurt. My whole body shuts down, it crashes like the coffee cup, the king as you lay it on the chessboard and a computer with no battery.I crash until patterns once again fill my brain, numbers and words dance as they have never danced.

Once again, thoughts are entwined, weaved and interlaced and I am safe. 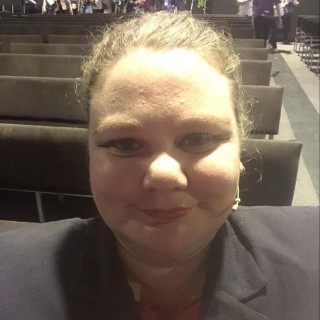